The Adventist Educators blog is a website of the Seventh-day Adventist church.

I walked into the classroom and a sea of unfamiliar faces—31 of them—met me. I panicked. It was my first class with my ESL Grammar students at Nile Union Academy in Cairo, Egypt. Several of the kids spoke some broken English and most of the rest spoke only a handful of words. To make things worse, that first day my assistant and translator was not able to be in class. I tried not to let my fear show as I looked at my students. I looked into their eyes as I called each name on my attendance list, matching names and faces. Some looked back with as much uncertainty as I felt, while others looked eager and hungry to learn. I felt inadequate, the basic English grammar book I held in my hands the only thing helping me remain calm as I faced a task I didn’t fully comprehend. How was I going to help them learn my language when we only had a few mutually understood words?

A little later I sighed as I locked my classroom door. Despite the difficulties understanding each other, we had made it through the first class period. Patience had won the day. I had never realized how complicated it would be to explain a grammatical concept in only basic, simple words. The task seemed unmanageable and I felt so inadequate.

Time passed. My students worked hard and became more and more fluent. We went from having broken conversations to functionally communicating with each other. We spent time looking at correctly structured sentences as well as incorrectly structured ones. My students took great delight in correcting me when I made (intentional) mistakes for them to correct. They learned so much; I was so proud of them!

When the school year had slipped away and I stood in front of my ESL Grammar class for the last time, my mind flashed back to that first day. On that day I had felt so scared and inadequate, not knowing how to begin teaching those students. Looking back on the year, I knew my students had learned many things, but I realized that I had learned too. I learned to rely on God, not on myself. I learned that success isn’t about doing everything right, but about doing your best and asking for help when you need it. I learned that my students watched everything I did and that, whether for good or bad, it had an influence on them. I learned that teaching is a gift; a gift in the form of the opportunity to have an impact on the minds of my students. I had come there to teach them, but they ended up teaching me too. Despite the language difference, lack of experience, minimal resources, and less than optimal classroom environment, we had succeeded; we had learned. 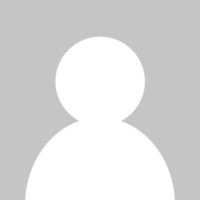